The first glass known to stone-age people was obsidian (black volcanic glass) and was used for making weapons and tools. Man-made glass dates back to around 3500BC and has been found in areas such as Eastern Mesopotamia and Egypt. Little is known about these early adventures with glass manufacture.

By the 11th century, glass manufacturing was developing rapidly in Venice, and this became the leading glassmaking centre for the western world. As many Venetians left in pursuit of an improved lifestyle, the glassmaking skills and style they had developed began to spread across the globe. By the late 16th century many English glassmakers had begun to work with the Venetian style/method.

Early window glass was made by blowing glass bottles or large glass disks. The bottles were cut into pieces, flattened together, and then window panes were cut from the large surface. Most glass for windows up to the early 19th century was made from rounds, while during the 19th century it was usually done using the bottle method.

Demand for glass products continued to increase and in the early 20th-century machinery and processes had been developed to mass-produce window glass. Sheet and plate glass production methods offered significant improvements in large-scale production of flat glass, but still relied on extensive grinding and polishing of the glass to improve the optical qualities and surface finish.

What is float glass?

One of the most significant advancements in glass manufacture was the float glass production method, introduced in the mid-1900s by Sir Alastair Pilkington & Kenneth Bickerstaff. Float glass is the most widely used form of glass in the construction industry as the manufacturing method gives the sheet uniform thickness and very flat surfaces, compared to other manufacturing methods which may require extensive grinding and polishing of the glass surfaces to achieve a flat and even product. If you look closely at older buildings, the difference between windows replaced with modern “flat” float glass and the wavier older style glass product can be seen in the reflections. 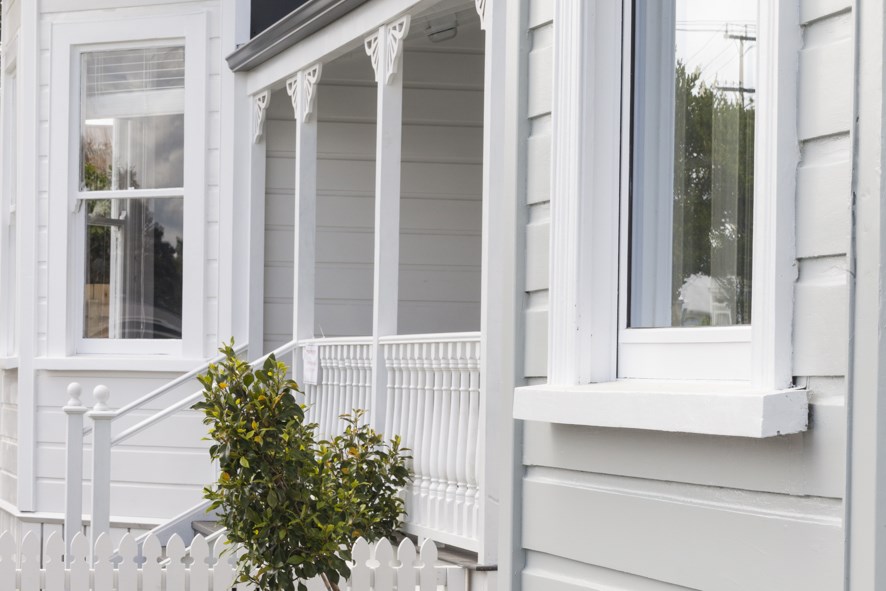 While each glass plant is different from the other, the float glass production process can be divided into five universal steps:

Approximately 90% of flat glass produced worldwide is manufactured by the float glass method.

Glass manufacture has a long, although not always successful, history in New Zealand. To begin with, all glass products were imported, but it was not long until emigrating craftsmen began using their skills and overseas experience to open their own glass workshops. Around 1871, it was reported that the rapid success of the Union Street Glass Works in Auckland was causing importers of wine glasses, kerosene lamps, glass jars, etc to look for other kinds of merchandise to bring into the country.

One of the larger New Zealand based glass operations was the McKendrick Glass Manufacturing Company, established in Whangarei in 1962. The sheet glass production facility was sited in Whangarei for a variety of reasons, most significantly the cheap land and finance for buildings provided by the Whangarei Harbour Board. Other factors included the proximity to a source of high-quality silica sand from Parengarenga Harbour (Parengarenga silica sand has been noted as “good” compared with sources in the “UK” – “it has better grain size, fewer contaminants, and a helpfully low iron level”. Pilkington acquired the Whangarei production site a few years later, and partnered with Australian Consolidated Industries Ltd, to form New Zealand Window Glass Ltd.

During peak operation in the plant employed approximately 215 people, had eight salespeople based in Auckland, and produced approximately 850 tonnes of glass per week, of which 30% is lost. This equates to approximately 76,000 square metres – enough to cover 12 rugby fields. Approximately 40% of production was exported to Australia, Japan, and around the Pacific. Regular maintenance ensured the plant and tank operated correctly, but about every 6 years a full rebuild of the glass tank was required. The plant shut down, the tank was emptied and the old bricks which had withstood the 1600oC tank temperature were replaced. After the 4-week shutdown, bringing the tank back up to temperature took around 3 weeks.

Glass production stopped at New Zealand Window Glass in February 1991. The glass tank was slowly cooled down, and approximately two months later the glass was cool enough to be chipped out with pneumatic hammers and sold (typically $1/kg) for “gardens, ornaments, paperweights & mementos”. After 18 years of production, window glass once again needed to be imported to New Zealand.

The visible light transmittance values for clear float glass vary with the product thickness – typically around 90% VLT for 3mm thickness, down to 80% VLT for 19mm thickness. 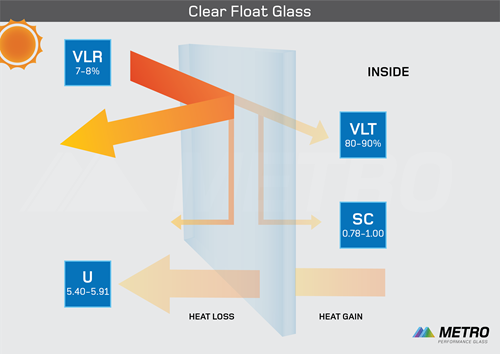 Standard clear float glass has an inherent green tinge which is more apparent when viewing the edge of the glass, or in stacks of glass panels. This is due to the iron content in the silicate (sand) and the resulting iron oxide in the molten glass mixture, which helps to lower the required manufacturing temperature. Low iron glasses contain approximately one quarter of the iron content of standard clear float glass, providing a glass that is noticeably clearer in appearance.

Low iron glass is ideal in decorative and furniture applications, showcases, showers, shop fronts, and toughened glass entries.  In particular, areas that have white backgrounds (like the white tiles in a shower) benefit from the use of low iron glass to avoid the green tinge often seen with standard float glass.

Low iron glass can be used in almost all locations where regular float glass would be specified, provided solar control is not a significant requirement. Low Iron glass is also ideal for applications requiring colour-backing or painting, due to the high light transmittance and true colour appearance.

The visible light transmittance values for low iron float glass only vary slightly with the product thickness – typically around 90% VLT for all thicknesses. 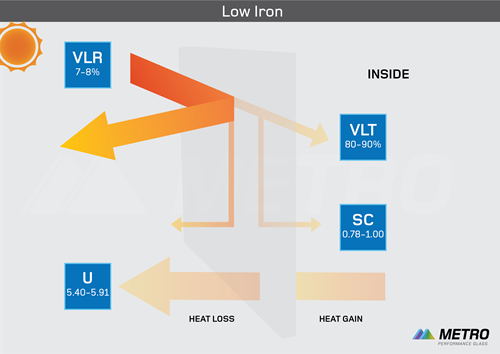 Body tinted (or heat-absorbing) float glass is produced by the same process as clear float glass, however, manufacturers can introduce colouring agents (such as small quantities of metal oxides) during float glass production to tint the glass in a range of shades. The most common colours are grey, bronze, green, and blue. Apart from its function in an aesthetic sense, tinted float glass is also used to reduce solar heat gain, UV radiation, and glare inside a building.

Tinted float glass achieves its performance by absorbing solar energy and so is sometimes referred to as heat-absorbing glass. This heat absorbing quality means the glass is more susceptible to thermal stresses, so some thicker and/or darker products may need to be suitably heat-treated to avoid breakage due to thermal stress.

Tinted float glass has the same versatility as clear float glass, and can be processed into heat strengthened and toughened glass, and combined to form laminated glass and Insulating Glass Units (IGU).